Horizons are shifting in the Midwest and I don’t mean from the tornadoes, although that is precisely the speed Tone Da Boss is moving at. The poet turned rapper, is making his music not only to be therapy for the soul but an articulation of words to promote change and growth.

Born in Chicago, Tone Da Boss has never been a stranger to struggles or hardships, and at the age of ten, his mom wanted to give him and his two siblings a better life and better opportunities. Living in the projects, there was constant violence, gang banging, drug selling, and drug use in the community. Told the way of life would be different in Iowa; she relocated the family to Cedar Rapids. Things were different (and better) and also gave Tone Da Boss an expanded view of the world.

Going from everyone around him having Black skin to being the only person with Black skin taught him adversity, the importance of unity, and forced him to be comfortable with being different. An openly emotional child, Tone Da Boss expressed himself by writing poetry. It became an outlet to speak freely and let his emotions out without having to act negatively on them. It became his therapy that manifested into something greater…rap.

Living in Iowa and having little to no entertainment opportunities caused Tone Da Boss to face come uncertain challenges. And though there were an infinite number of impossibilities, there was one certain truth: this was an opportunity to take advantage of to create a space for others. He knew if he became one of the pioneers to “break-out” in the state of the Iowa, it would open doors for other rappers.

Tone stepped out in the scene as breakout artist with his Cedar Rapids group, Big Bang, who worked with artists like Juicy J, Wiz Khalifa, Royce Da 5’9, Crooked I, G-Unit, Young Money, and others. His group has also been featured on Allhiphop.com, Worldstarhiphop.com, and many other outlets in the last 10 years. He also launched his own management company, T1 Entertainment, where he manages artists, operates a recording studio, and organizes large events, festivals, and showcases (i.e., the Iowa Summer Jam).

Being a part of the music industry has become a way for him to speak his truth, enjoy his passion, and live the lifestyle that he wanted. Falling in love with music at young age and recognizing that sometimes music can sway decisions, he is conscious about what can be manifested in the lyrics he writes and speaks. This is what inspired his personal, tell-all album, Antonio, which is a product of the pandemic.

In speaking about the pandemic, Tone Da Boss said it provided him clarity even though he went through a divorce, a custody battle for his daughter, was forced to sell his dreamhouse, and a storm had destroyed his new one and left he and his family without power for weeks. Even through all of the is, he said it was a blessing and showed him how quickly things can be taken; as well as how much better things can become. It made him answer questions about himself, and in those answers he found he was a better father, a harder work, and finally pursue his dreams as a full-time artist.

Tone Da Boss’ latest single from the Antonio album is “Free,” and addresses his life through the pandemic, his personal journey after divorce, leaving his nine-to-five job after 10 years, and finally living Free.

It will also air in Virginia and the DC metropolitan areas on Friday at 4:30pm ESTon:
Cox cable ch.10, Verizon Fios ch.10, and Comcast ch.10

You can also view the segments on the Popfuzion TV YouTube channel:
https://www.youtube.com/channel/UCdOEIkVpxRk9iGbko1r9PCg

Hip-Hop Producer and Entrepreneur Tony Galloway Was Made To Standout

Connect with Tone Da Boss at: 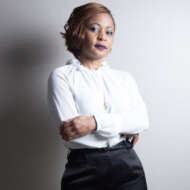