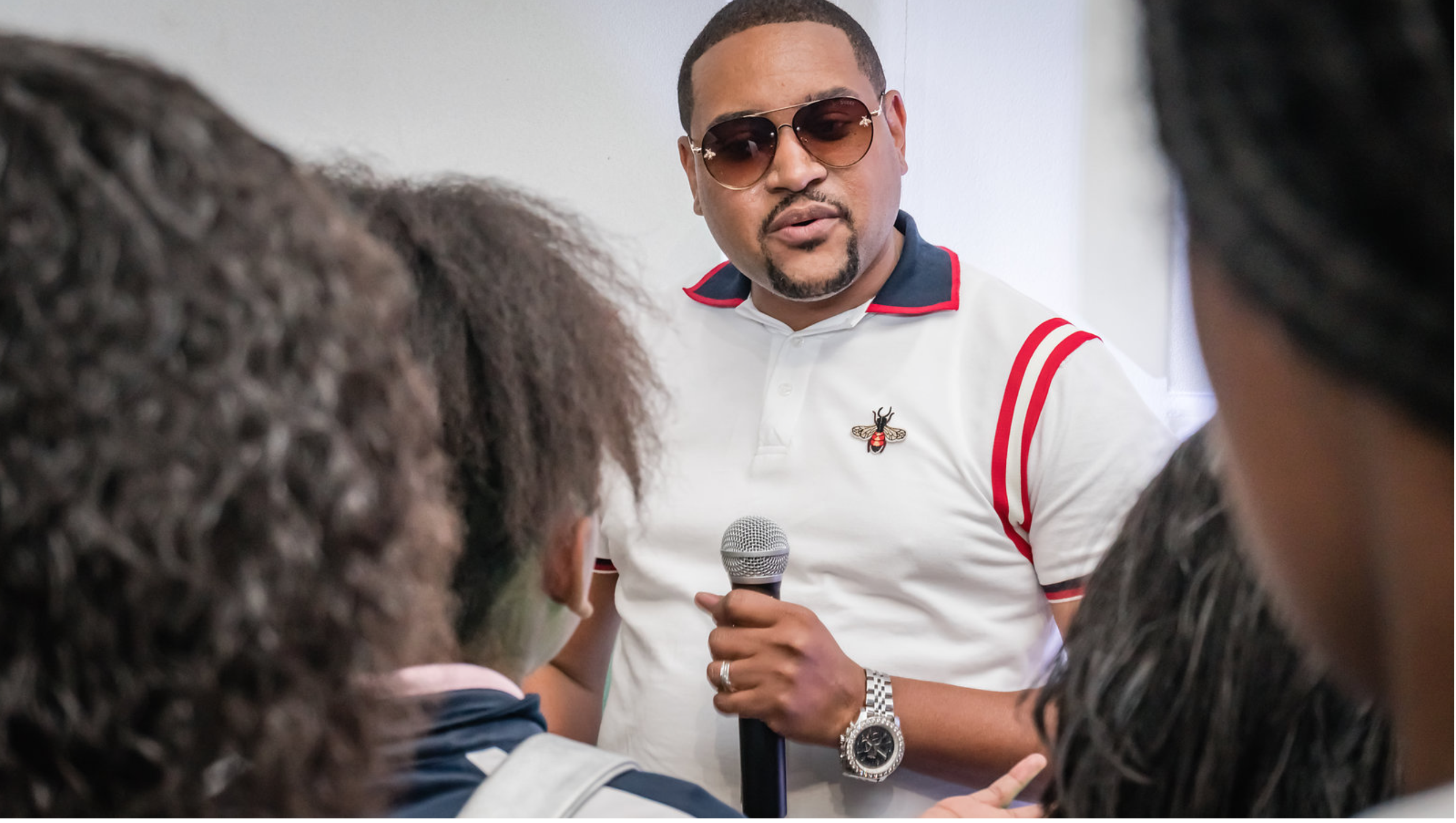 “I’ve produced over 600 songs for k-12 grade levels from ABC’s to trigonometry. It teaches them everything they need to know but meets them where they are.” – Dr. Kevin “Khao” Cates

Just weeks after the severity of COVID-19 was expressed and swept the nation there are more parents in a panic than ever before. As of now, online classes are the new normal for all students and the parents who are expected to educate them. Luckily there are programs such as Khao’s that are making lives easier during this time and will continue to even after the pandemic is over. His program Bridge Da Gap helps address underlying issues such as depression, loss of loved ones, anxiety, and self-esteem. Cates’ educational program KOOLriculum combines the arts and education to help students through an online platform meet state and national standards. Khao’s experience in the music industry and understanding how important it is to give is what makes his nonprofit essential to so many especially during this time.

Khao is a grammy-nominated producer that has produced hits that we all know and love such as T.I.’s “Why You Wanna”, and has worked with some of the most notable artists in the industry from Lil Kim, Jay-Z, Snoop Dogg,  the late great Nipsey Hustle, and the list goes on. He has focused heavily on his nonprofit but he’s back with more bangers and hopefully, we can enjoy them with friends when things are back to normal.

HS: What piqued your interest in producing and did you know It would take you down the path of being grammy-nominated?

KHAO: “Originally I started off as an artist. I started making beats because I knew what I wanted to rap over. So that’s how the production side started for me, it was just that gift that took off. Coming up from Montgomery, Alabama I really had to go hard. There was nothing given to us, there were no opportunities. It was the grind and I realized whatever opportunity came forward I really needed to serve and help someone else be able to be in a position. I needed to take the artistry side and put it on the backburner because the production was going to push things further.”

HS: Is there a song that you knew without a doubt would be a hit?

KHAO: “Oh yeah, definitely. I knew T.I.’s “Why you wanna” was gonna be a smash. The formula, and how I was brought up, and how I do my production, anything I’m pumping out is going to be a hit. It’s weird, I don’t do anything mediocre.”

HS: What are 3 things that you believe someone who’s aiming to be successful in the music business must have?

KHAO: “The majority of what we do is about character. Because there’s a lot of talented people who never make it. Then there are some who are not so talented, but they have the right work ethic and have built relationships. One thing is humility, no job is too small or too big. Also, the networking side is very important and you have to treat everyone the same. A lot of times as an artist people don’t believe in them making it or some won’t see the vision but you have to be able to pump yourself up but not come across arrogant. Sometimes people miss the mark because they are on the “ I already made it vibe” so the humility is not there and they miss the opportunity at hand.”

HS: Can you tell me about your transition to developing a nonprofit organization and why you felt compelled to do so?

KHAO: “I was in a place musically at the height of everything and my dad passed away. My dad would always say don’t be successful, be significant, and leave a legacy behind. So after his passing, I thought, how do I become significant? I’ve produced for all the artists I wanted to work with, 30 million records sold. At the end of the day, someone who’s significant is Martin Luther King compared to a producer who’s just bragging about his plaques on the wall, that fades.  I was being honored at an award show and I met Dr. Charles Steal who’s the president of the MLK organization. He came to the hip hop awards and apologized to everyone for not passing the torch. I thought to myself how my generation was so focused on the process and not helping the next generation out.”

HS: Could you elaborate on Bridge Da Gap & KOOLriculum and positive things have you witnessed emerge from these programs?

KHAO: “We teach kids to persevere through the problems they are facing from substance abuse to the loss of a parent. It’s been 10 years and over $1.5 million has been invested. We’re in the US and Africa. Megan Good and I actually teach the online courses. It’s 12 core topics and I produce music beats to teach them.I’ve produced over 600 songs for k-12 grade levels from ABCs to trigonometry. It teaches them everything they need to know but meets them where they are. We took the 3rd lowest ranking school in Georgia to now becoming the 3rd highest school for GPA when it comes to ELA and math. I received a lifetime achievement award from President Obama when he was in office. It’s been great taking that leap and striving to make a difference.”

HS: Why do you think there’s been an increase in anxiety, depression, and mental health in general especially for kids & young adults?

KHAO: “I’m in the trenches, so I’m hands-on with the youth and actually pouring into them. You’d be surprised by the things we have to help kids with. For example, There’s a 12-year-old young man and he’s been in the program and realizing things that he wants to do with his life. His mom and dad are in a gang and he’s not doing what they want him to do so they disowned him and kicked him out of the house. The mindset that these kids are coming up with and not to mention the things they go through in the community, hearing gunshots, seeing people dying. It’s PTSD and they don’t have therapy or resources to help them with it but that’s what we do.”

HS: COVID-19 has many people in a panic, especially parents. How does your program help the parents?

ATLANTA RAPPER DAMEZ IS BACK WITH NEW EP ‘COVERBOY’ IN HONOR OF HIS COUNTLESS MAGAZINE COVER COVERBOY IS AVAILABLE ON ALL DIGITAL MUSIC PLATFORMS NOW!

KHAO: “It’s not just for kids. You’d be surprised at the number of parents that reach out and say they needed this just as much as their child. A person can be older and still lack certain skills because they didn’t have the right parenting or mentorship. This Program creates the dynamic to where the parent and kids can actually bond.. What’s been happening is now that parents are home with their kids it creates quality time and the parents do the lesson with their kid.”

HS: Did you have these types of programs when you were in school that you took advantage of? If so, how did they shape you?

KHAO: “Not at all! I wish I had things like this. But I’d actually put things in song mode to teach myself. However, I had a good support system, my mom, my dad. Plus I knew what I wanted to do early on. I was blessed to be able to hang on to what I was passionate about and it kept me out of trouble.”

HS: Are there ways people in the community can get involved or give back during this time?

KHAO: “Absolutely, Bridge Da Gap was never about me. I was just a vessel God used to create it. A lot of people want to help but don’t have the tools. We make it where people can become ambassadors. People can make donations, or sponsor a school. If you donate and a school in your area does not have the program we will work to bring it to your community.”

HS: Are there any projects you have coming up or is your focus only on your nonprofit right now?

KHAO: “I have a new project coming up and it is called “Bad Brains Forever”. It’s actually crazy. It’s my Quincy Jones on steroids project or Quincy Jones meets Khalid on steroids. I literally have over 60 artists on this album. I have a song I did for the west coast and it’s a game-changer, it’s called “Unified”. On this one record I have Problem, Nipsey Hustle who did this 3 months before passing [R.I. P. Nip], Snoop Dogg, The  Game, Mozzy, G Perico, E40, & Ice-T. There are so many on the album from NBA Young Boy to Big Krit. I have a new single out with Amara La Negra from Love & Hip Hop Miami and actually she’s rapping. But as far as my organization the movement doesn’t stop with Bridge The Gap. There are a lot of things coming our way.” 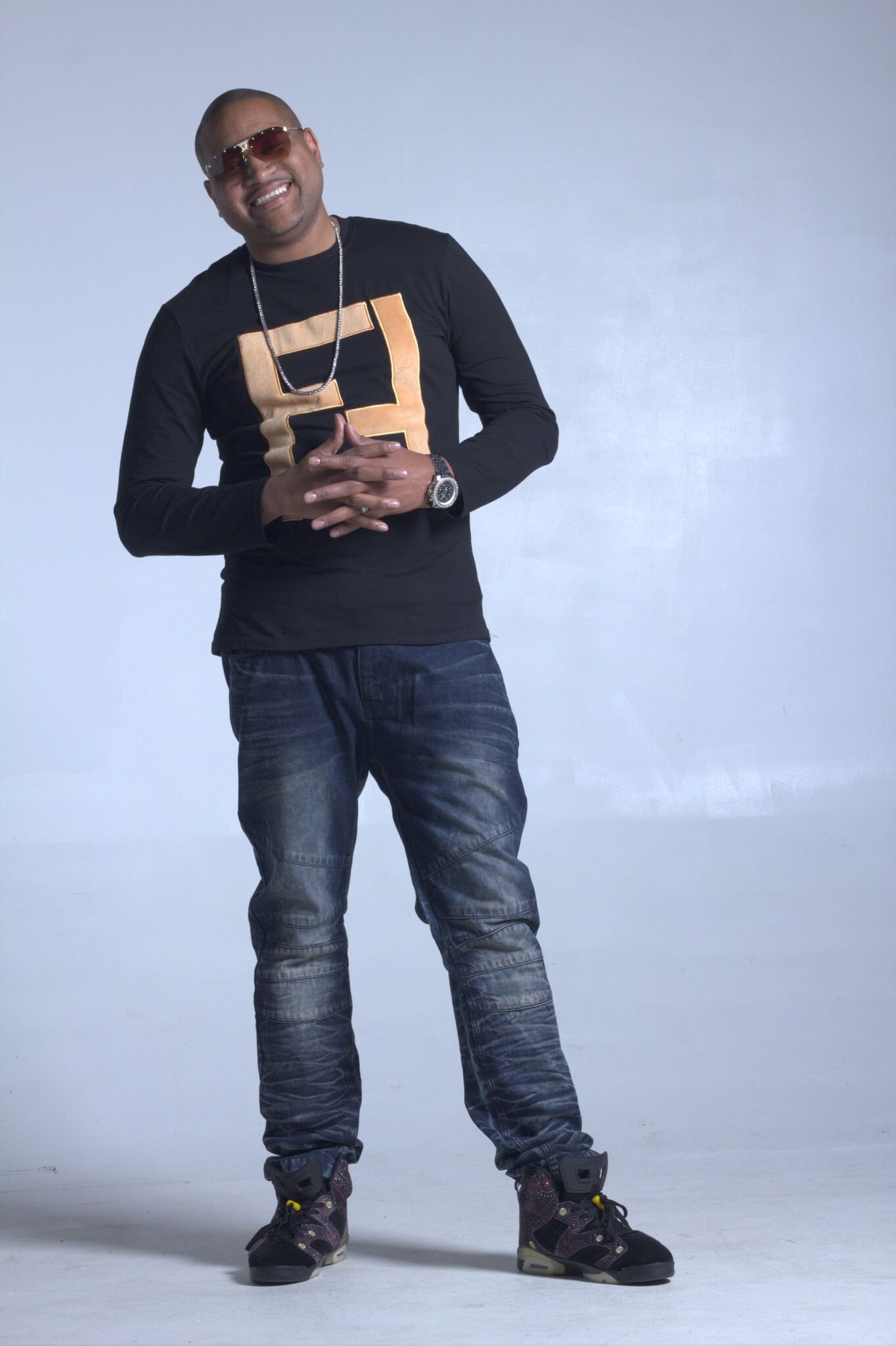 A New NETWORK LAUNCH Created to Celebrate the Culture, Content and Lifestyle of the BLACK LGBTQIA+ Community

Matt Cedeño: Actor Of Our Generation

ATLANTA RAPPER DAMEZ IS BACK WITH NEW EP ‘COVERBOY’ IN HONOR OF HIS COUNTLESS MAGAZINE COVER COVERBOY IS AVAILABLE ON ALL DIGITAL MUSIC PLATFORMS NOW!